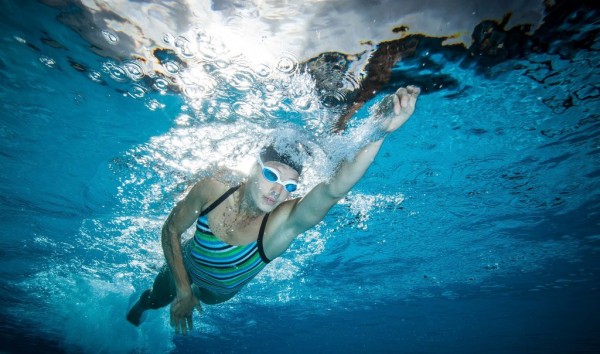 We recently had the pleasure of catching up with Chris Bagg, where the conversation naturally turned to swim mechanics. Chris is a professional triathlete who lives in Portland, Oregon, and has been swimming since he was ten. He runs the swim squad at Nike World Headquarters, loves his cyclocross bike, and spends most of his time thinking about ways to turn people into faster humans.

December is swim analysis season for the athletes I coach, so I’ve been sitting in front of a video editor a lot over the past thirty days, watching bodies move through the water, some with greater ease and some with adversity, and there’s one stroke fault that I’m always happy to see. Happy to see an issue? What kind of coach am I, an embittered and cynical one? No (well, at least I hope not). The reason this particular issue pleases me is that it’s easy to fix, and will make the swimmer faster that very day, which is rare in the world of swim instruction. As I’ve said elsewhere, swimming is more like golf than cycling, in that many small movements contribute to (or detract from) an effective stroke. Fixing one part of your stroke (or swing, golfers) takes time, and then takes more time to integrate into your existing movement pattern. But this issue can be fixed right away, and will make you faster today.

Ok, ok, you’re thinking. Just get on with the message, will you? Where is my free speed? Apologies—I do have to build some suspense and some credibility. The fault I’m always happy to see is a swimmer who is holding her breath underwater, between the recovery/breathing phase of the stroke. If you’re thinking right now “People don’t hold their breath when their faces are under the water?” then rejoice! We are going to make you faster today. Now, many swimmers believe they exhale while their heads are under water, but I can tell you from hundreds of swim analyses that that is not the case. But first of all, why is this is problem? What’s happening to slow you down if you’re holding your breath? Now we have to make a trip to the science lab.

When you breathe, you’re taking part in a gas-exchange process: oxygen in, carbon dioxide out (remember aerobic respiration? No? Really?). Oxygen fuels, well, everything you do, but it’s particularly important to going fast. But getting rid of carbon dioxide is equally important. CO2 is a waste product, and if it builds up in your body and bloodstream it can cause all sorts of problems. Happily, we’ve evolved a good system for getting rid of it: autonomous exhalation. When we walk around, we just exhale without thinking about it. If we don’t get rid of it, though, by holding our breath, CO2 builds up in our bloodstream quickly. Our brains see that level rise and send a message to our bodies: get rid of that stuff! Since our brains are smart and our bodies, well, less smart, our brains send the message in a physical sensation: panicky breathlessness, which makes you think I NEED TO TAKE A BREATH! If you’ve ever gotten really panicked and breathless in a race, I would venture a guess that you got nervous and forgot to exhale, and your brain raised your anxiety levels, hoping you would stop what you’re doing (racing) and breathe. This panicked breathless feeling is bad on two levels. First, it’s bad in that you worry you might drown, especially if surrounded by hundreds of violent swimmers. Second, the perception of higher effort is really no different than actual higher effort, so swimming feels harder when you’re not getting rid of CO2. If it feels hard, it is hard, and you’re going to experience a real plateau in your swim speed right at that level where you hit “hard.”

OK, now we move to a real-life example, in the hope of convincing you that I’m not crazy. Enter Rachel McBride—Purple Tiger, blueseventy athlete, and routine front-pack swimmer at big-time events all over the world. But it wasn’t always the case! Due to her work with the amazing Gerry Rodrigues (and a little help from me and my biz partner, Molly Balfe), McBride made a big shift in her swimming in the spring of 2017, surprising herself with a first-out-of-the-water-by-two-minutes at Ironman Canada that summer. Rachel attended one of our Tucson Dream Camps and received a swim analysis, as all our participants do. Molly and I sat down with her, expecting to make minor tweaks on an already-honed stroke. When we arrived at the below-water section, however, we both leaned forward and said, almost together, “You’re holding your breath.” Here’s part of what we saw

Rachel’s breath-holding is textbook, here. When her face goes back in the water, her mouth is closed and a tiny stream of bubbles exits her nose. Then, right before she turns her head to initiate the breath, she blows out a burst of bubbles.

“Learning to exhale underwater is arguably one of the most dramatic changes in my swim technique I have ever experienced. I had no idea how much tension and anxiety I was holding along with my breath. Once I started exhaling, it unlocked a new level of speed for me. I was able to swim at higher speeds without feeling as out of breath or fatigued. Little did I know how one simple thing could make such a big impact on my swimming.” – Rachel McBride

Next time you go for a run, try holding your breath for even a second before exhaling. Feels stupid and uncomfortable, yeah? Well, that’s what you’re doing underwater! While your face is underwater, you should be vigorously exhaling as much air (CO2) as possible, to make room for as large an inhale as possible. The other reason to exhale is that your lungs, while full, are basically evolution’s effort at building an internal life-preserver for you. Again, helpful in other contexts, bad when trying to swim horizontally. That life preserver tilts your chest up, forcing your legs down. Emptying the life preserver as fast as possible allows you to press your chest lower in the water, elevating your legs: more speed through less drag.

Rachel took our suggestion, starting exhaling more, and found herself able to swim with less effort. That greater ease in swimming allowed her to make more changes in her stroke with Rodrigues’ Tower 26 program, leading to faster times in the pool and in open water. So, find someone with a camera who can watch you underwater, OR simply start exhaling more between inhalations. I’ve almost never seen someone who doesn’t need to exhale more, so just go ahead and make that change and see if your times improve OR your effort decreases (both are obviously good).

To learn more about Chris, read his Blog or even attend one of his camps, check out his website:  chrisbaggcoaching.com. 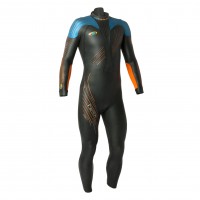 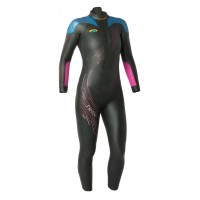